Hanna is getting ready for the day. Now, which one should I wear?

I entered this photo in Theresa’s competition. No luck, I’m afraid, but the winner was a cracker of a Sasha! 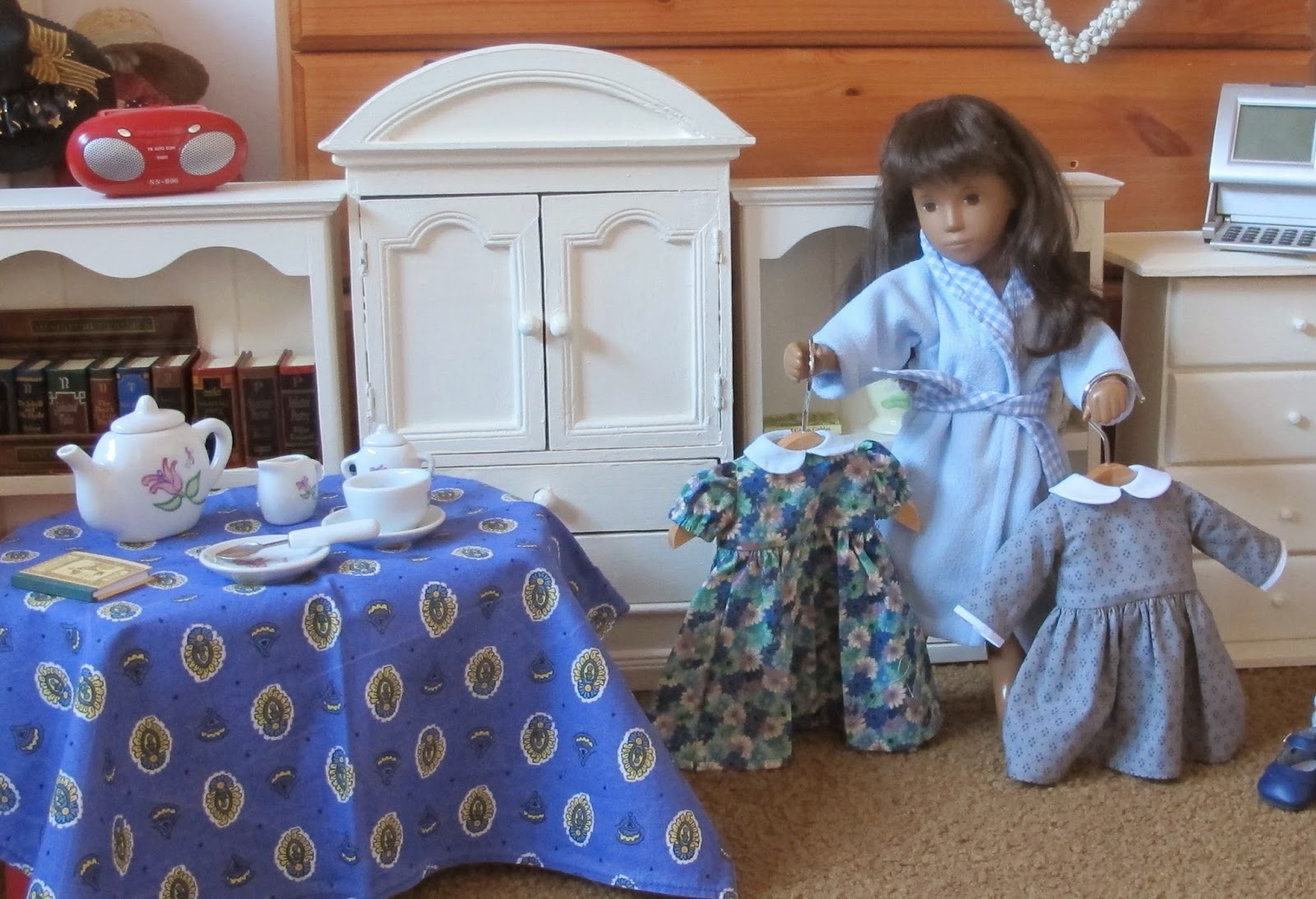 Thank you, Theresa, for awarding me the ‘Versatile Blogger Award'!
Quite an honour!  I shall try to find 7 interesting things to say about myself!

1.     I was born in a small town in Austria virtually in the middle of WWII. I lived mainly with my aunt, as my mother was working and was also looking after my grandmother who was very ill with cancer at the time. Despite all that, I seem to have had quite a normal, happy childhood, not really aware of what was actually going on around me. I do however remember a couple of things which stand out from those days.

2.    We lived in a large townhouse which had a bakery on the ground floor and two stories above. Whenever there was an air raid warning, we all had to go down into a very deep cellar for shelter. I wasn’t that worried about the bombs, but I was seriously concerned about the rats that inhabited the cellar. I am happy to say, I never actually saw one.

3.    The other wartime memory I have is when the British, who occupied our part of Austria, left at the end of the war.  The column of army vehicles rolling slowly through our city seemed endless. It was quite a sight and all of us children were fascinated to see this. But what I remember most is that the soldiers threw their chocolate rations to us kids as they drove by. I have loved the British ever since, never realizing that I would one day be a British citizen myself. Life is strange.

4.    Austria was left devastated and poor after the war and life was hard for most people. There was a program by which children from Austria were sent to Switzerland for a few months to recover from the ordeal. I was lucky to be picked and ended up with the Mayor of Basel and his family. It was a magical time. My stay included the Christmas period and the immensely kind and generous people I stayed with made me a present of a wonderful Schildkröt doll with a complete wardrobe, hand-sewn by one of the aunts. My love of dolls stems from that time, I am sure.  I still have the doll, Hedi. She is in a box in the attic and she needs a new leg. I mean to have her fixed, but I don’t know where I can find a doll hospital which deals with these particular dolls.

5.    I love the Austrian Christmas traditions. The Christmas tree is decorated in secret on Christmas Eve. That means that one room in the house is locked until a bell is rung. Then the door is opened and a beautifully decorated Christmas Tree ablaze with candles is standing there in the darkened room with the presents lying underneath the tree. In our house my aunt would play Silent Night, Holy Night on the piano as we entered, which completed the magic. At midnight we all used to go to the carol concert.  More often than not the snow really did lie deep and crisp and even. Magical.

6.    I enjoyed school and after my ‘Matura’ I started a degree course in Philology at Vienna University. To ‘perfect’ my French, I studied a year at the Faculté des Lettres at  Bordeaux University. I so enjoyed my time away from Austria that I tagged on another year in England to get a better grip on the English language.

7.    In London I met my husband who was doing his PhD in Physics at the time. After our son was born we went to Pakistan for a year to meet his family. At the end of that year he re-joined his college in London. Three years later we had a daughter. It was for her that I  bought a Sasha doll when she was four years old and a baby Sasha boy the following Christmas. Those two Sashas remained well cared for, draped in linen, in our attic until 4 years ago, when I took them down to show them to Hanna, my granddaughter. It was like kissing Sleeping Beauty awake, and now it is I who is under a spell.