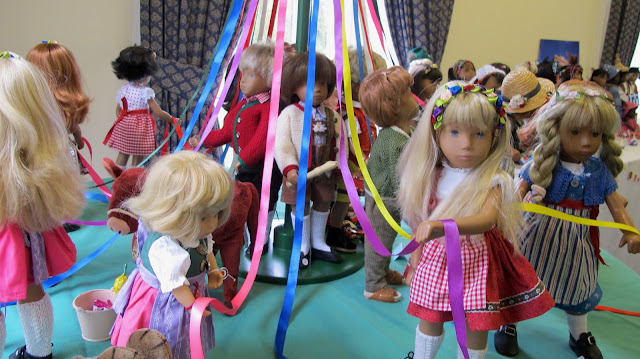 Grandpa and I made it to Eastwood Hall and I wished you had been there with us! What wonderful Sashas in beautiful costumes! It was a feast for the eyes! The theme was National Costumes and some of the outfits were simply astonishing! I have chosen just a few photos to give you an idea. The Maypole seems to have been a success, too! The flowers you wove into the wreath were still all there and the ribbons worked beautifully. The Sasha kids were very well behaved and didn’t fall over once! Some of their friends joined them and I think they all had a blast! Notice the Toddler going in the wrong direction? I was glad she didn't get trampled on! 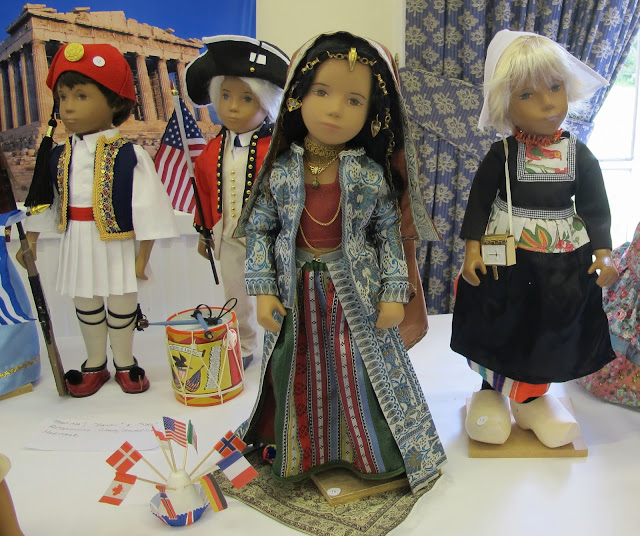 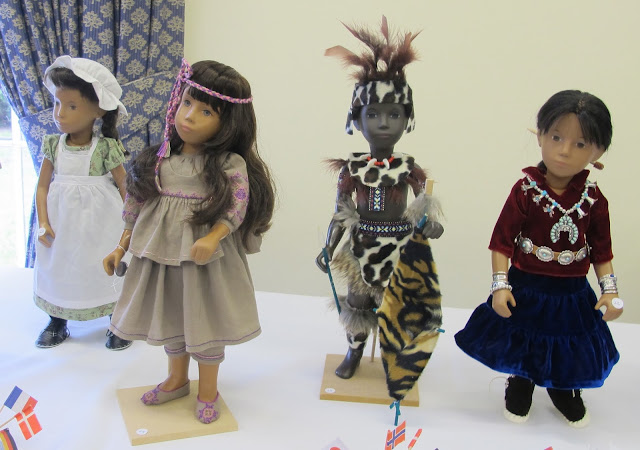 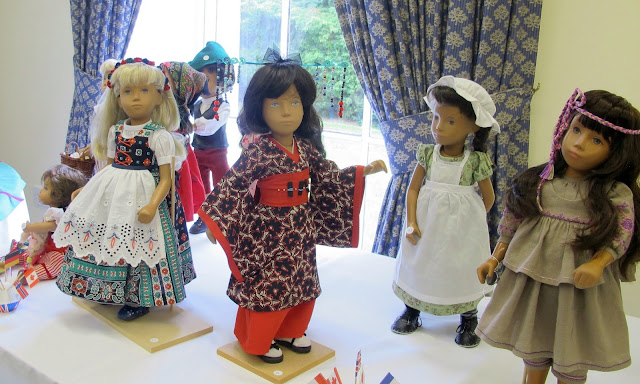 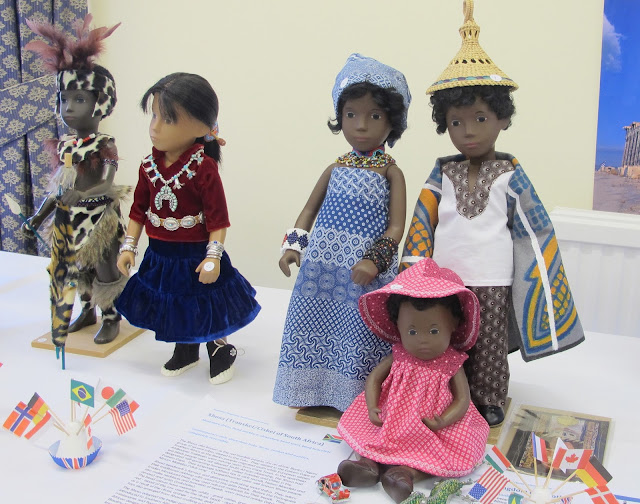 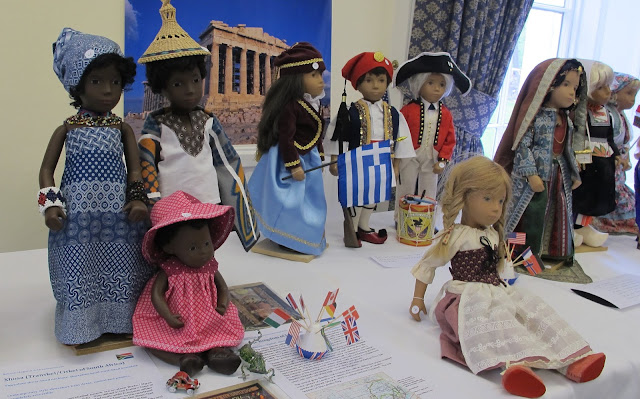 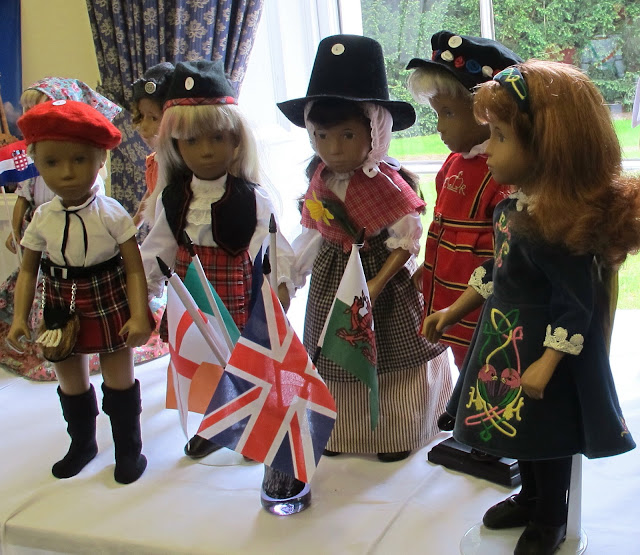 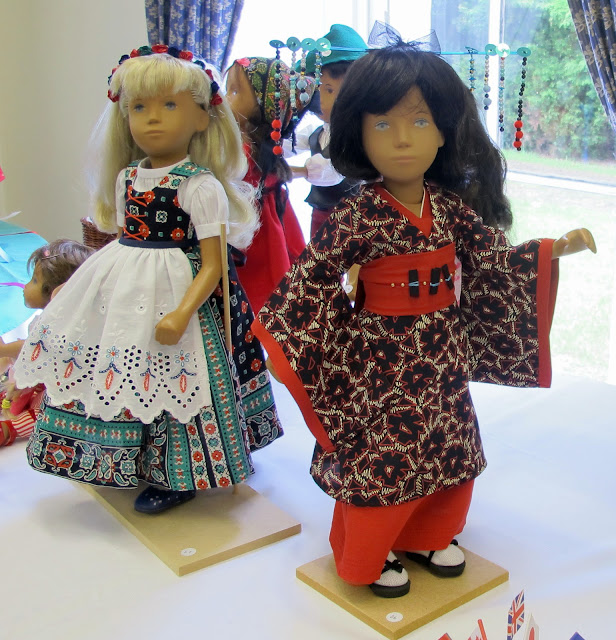 This Warrior was one of my favourites, although it was very hard to choose, as you can imagine 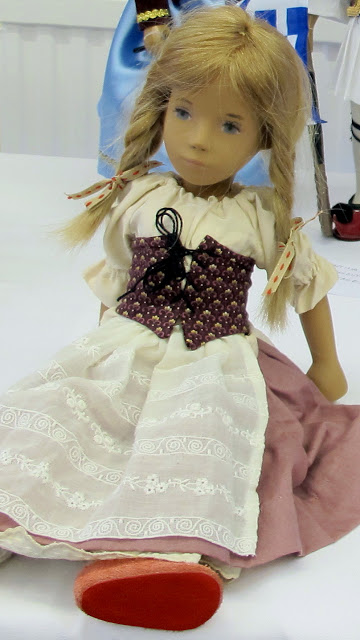 This little darling stole my heart! I love how she is painted, particularly her eyes 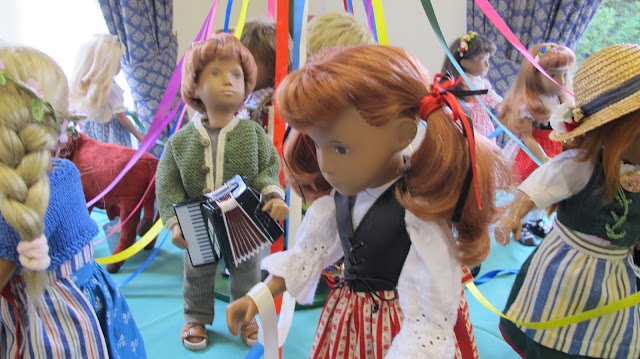 There was also a band. Lukas played the recorder, but look at Gilly playing the accordion. He came all the way from America! In this photo you can just make out the naughty cow who crashed the scene! 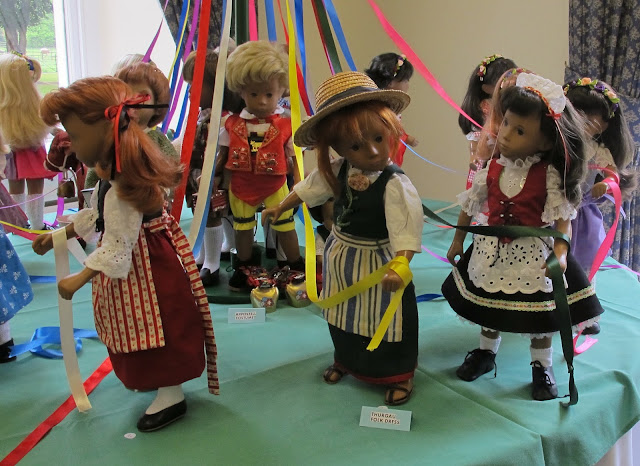 Some of the kids who joined in the fun.  The boy and the girl in the hat came all the way from Switzerland! 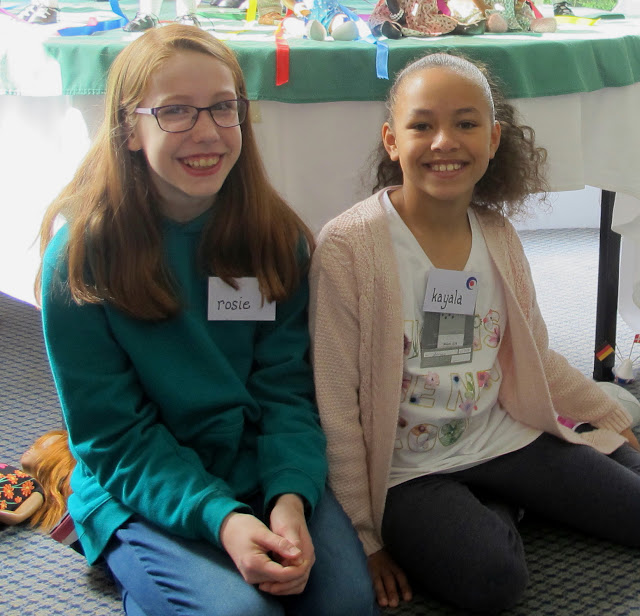 I met up with lots of my lovely Sasha friends, but here are two of my favourites: Rosie and Kalaya! They had a great time, winning no end of Raffle prizes and taking part in all the crafts that were on offer with amazing skill. They delighted us all with their happy smiles and sweet nature. It would have been great, if you both could have been there too, Raffay and Iona! It would have been the icing on the cake.

Some of the Sashas have decided to take part in the SCW in Nottingham. Only 11 days to go now until the big day! The theme, as we all know, is Traditional or National Costumes and since there is a strong connection with Austria, and the celebration takes place in May, they have decided to don their Dirndls, Jopperl, Knickerbockers and Lederhosen and put on a Maypole Dancing Exhibition, in the best Austrian tradition!
A group photograph was taken so as to have a permanent record of the Sashamania Maypole Dancers, watched by Yasmin and Aania. 'Why can't we go too', asked Yasmin. 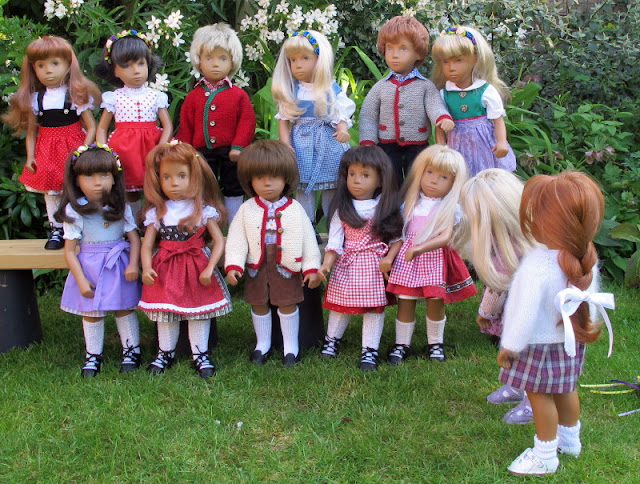 'At least let us be in the picture'. 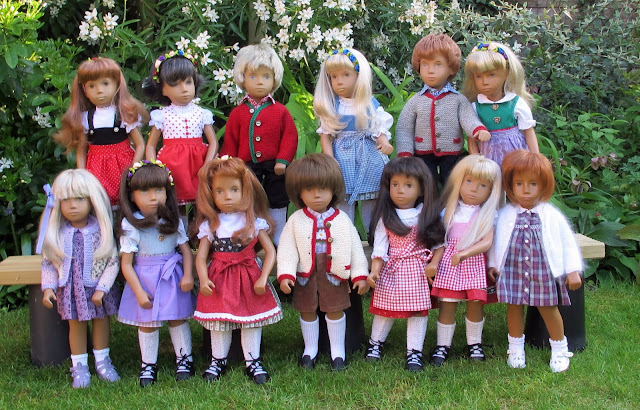 The boys wanted to show off their traditional gear. Well, why not! They do look rather splendid! Apart from Raffay's sock, which is a disgrace! 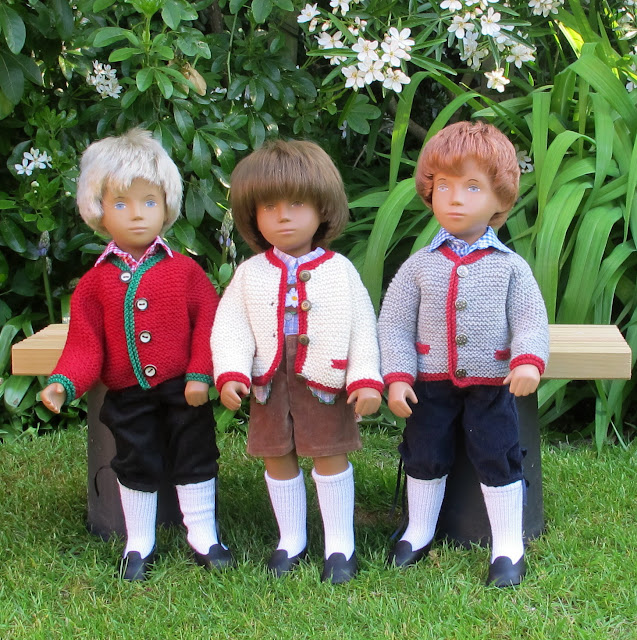 A few days later, they had a go dancing around the actual Maypole. A practice run! Nice one, kids! Well done. 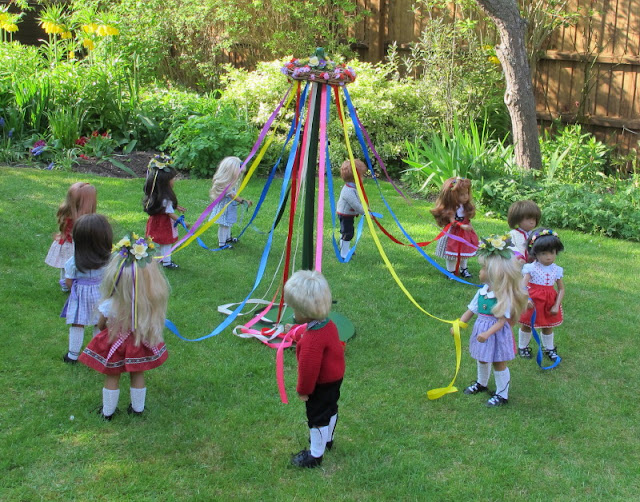