THE ROAD TO SASHA MANIA

A short bio for my FB Sasha friends

I bought a Sasha and a Sasha baby in 1973/4 for my daughter Yasmin, then 4 years old. Later, after she had tired of playing with them, I wrapped them up in material and put them carefully away in the doll’s cot in the attic, keeping an eye on them from time to time. Then, 4 years ago, I took them out of the attic to show them to my granddaughter, Hanna and I sort of fell in love. You all can relate to that, I am sure! Researching on line led me through eBay to other Sasha collectors and purveyors of delightful Sasha clothing and yes, eventually to Shelly’s website. Now I have 18 girls, 8 boys and 4 babies. I had 5, but one went home with Iona the other day! 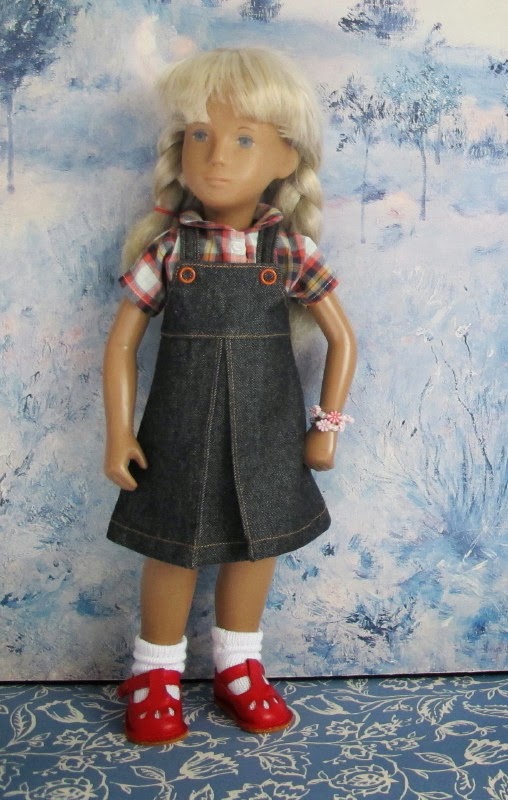 This is Sasha ‘Yasmin’. She is an early 70s girl (71/72 according to the stringing). I love her dearly. She has a few teeth marks left by our first Cocker Spaniel, Strummer, which tells me that Yasmin actually played with her Sashas until she was about 12. We were dogless until then. 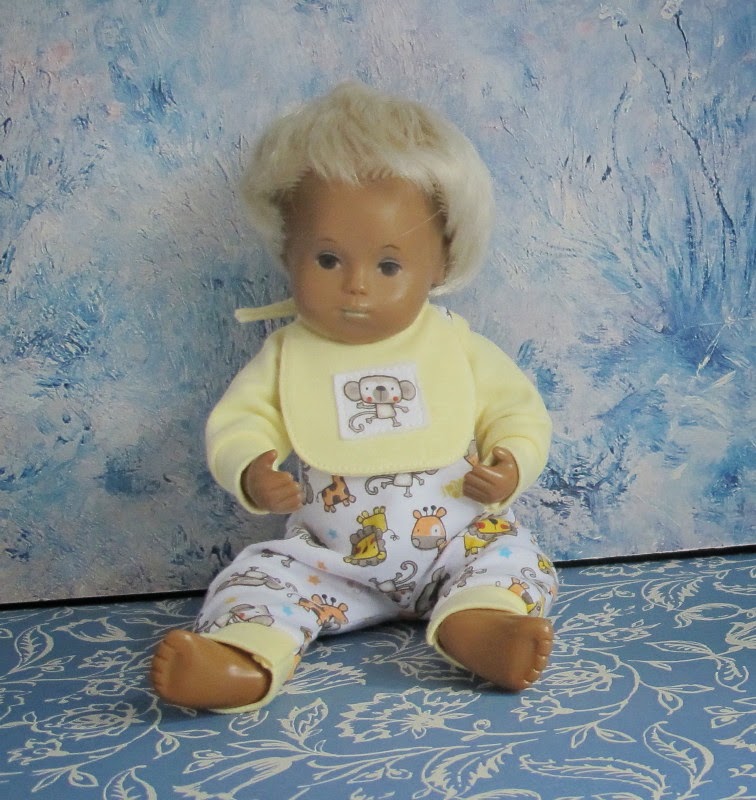 ‘Peter’ is a baby Nightdress. They are both named after my children. 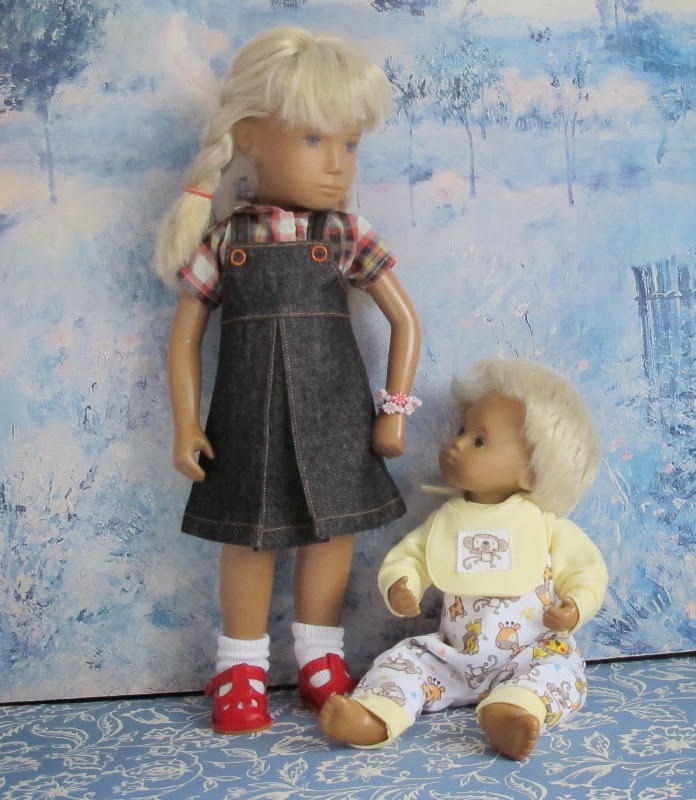 Loved reading about your introduction to these unique and wonderful dolls.
Looking forward to seeing you and a few more of them at Denise's Chat n' Snap in October!

I enjoy reading about how people either discovered Sasha, or got into collecting of them. Really lovely to hear your history with them and that you still have those two original dolls, which makes them all the more special.

It is funny how some people are 'doll people' and others aren't. I'm glad my younger daughter especially is keen on playing dolls with me, though my elder girl is fond of them too.

That's so nice that you still have the two Sasha's that Yasmin played with in the 70's and that by showing them to your granddaughter it fired up your interest in them again.
Of course once that happened you were on the Sasha slippery slope which we all travel in our love and enjoyment of these dolls and the people we meet along the way. What a ride it is!!
Love Dee xx

That's really lovely that you still have these two dolls Karin! And they look to be in great condition and well loved too. I was like your daughter and not that into dolls as a child, although I had several and still do have them, but I too preferred drawing and writing to playing with dolls. Now of course that has all changed, and I'm smitten! Dolls really are quite magical, aren't they!
Thanks so much for sharing these two with us!
Big hugs Sharon in Spain xx

I never liked dolls as a child - I didn't even own a doll, being more interested in reading, drawing, and being out of doors looking at the wildlife. But I read an article about Sashas in the late 60s/early 70s, was intrigued, and bought one each for my three children. We don't remember what happened to those dolls! Then when my first grandson was born (2005) I started to think about what special toys I could get that would be the kind you only played with at Grandma's house...remembered Sashas, got online, end of story. (My middle grandson - they're all boys - occasionally gives the dolls the benefit of his attention, but the other two aren't interested. Never mind. I am!) - Jocelyn