NEW KIDS ON THE BLOCK

I keep talking about thinning my Sasha collection. Adopting some of them out to other nice Sasha people. But I don’t seem to be able to do it. Somehow, it feels like being disloyal to my Sasha kids. So, instead of the numbers getting fewer, they seem to be increasing. I never set out to buy another Sasha, but then one comes along and I am smitten. So here are a few of my newer Sasha Kids.

This is Ashling, a 1969 Trendon Side-part.
Such a sweet girl. She is wearing a dress by Dollydoodles. Shoes by Sashapotomus. 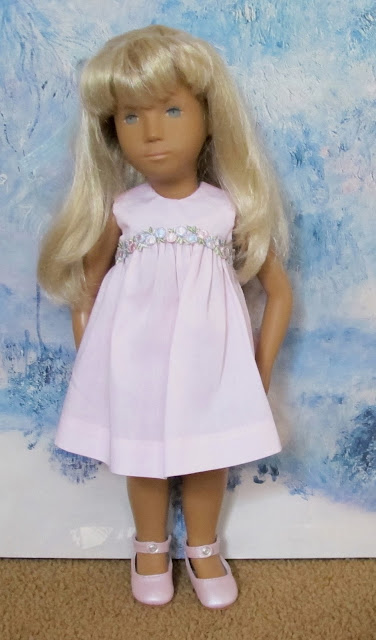 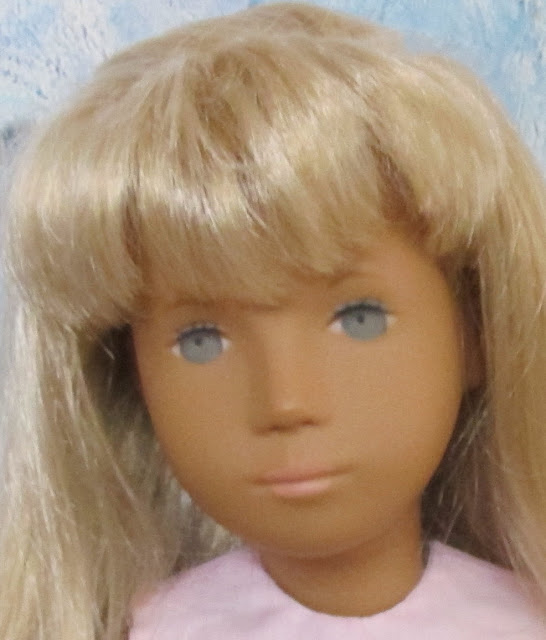 Next up is Kalaya, Kally for short. She is a 1968 Dungarees Girl. I have tried various outfits on her to find out what suits her.  I like her best in the Gillian Nash Sweater Dress, but I think she looks good in casual clothes, too. The dungarees are from A Passion for Sasha. The Birkenstocks from Marti Sanders Murphy. 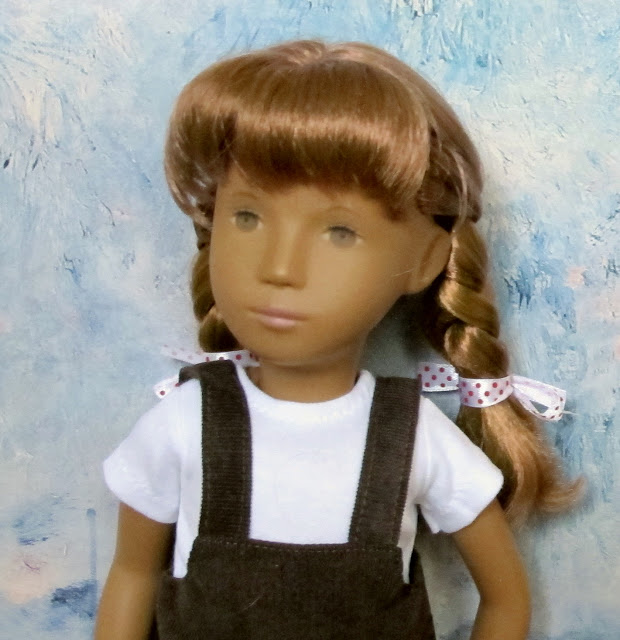 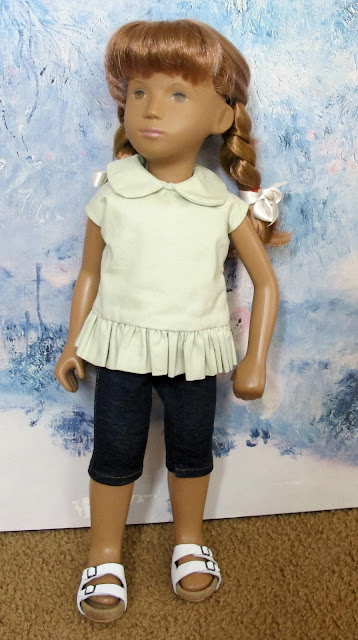 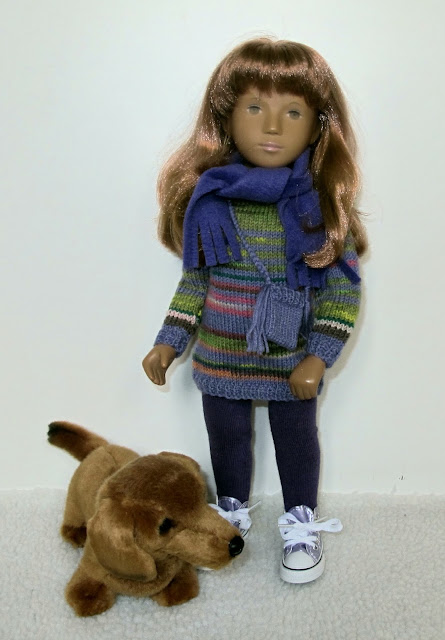 I love the Kilties (Limited Edition 80s Trendon Sashas, with real hair wig). When Linda Simpson put up her gorgeous Kiltie for adoption, I just could not help myself. Her name is April. She is wearing a Marilyn Hotchkiss dress. 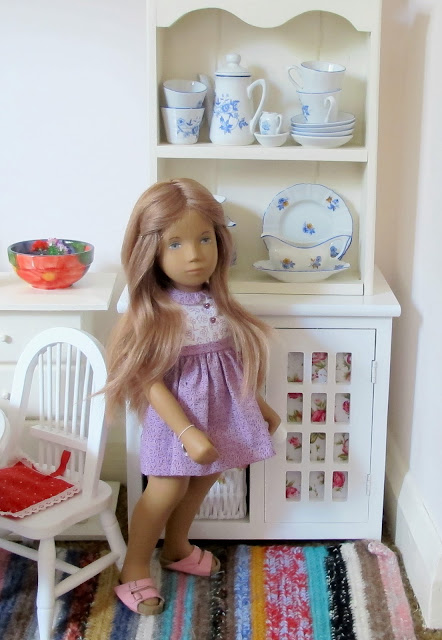 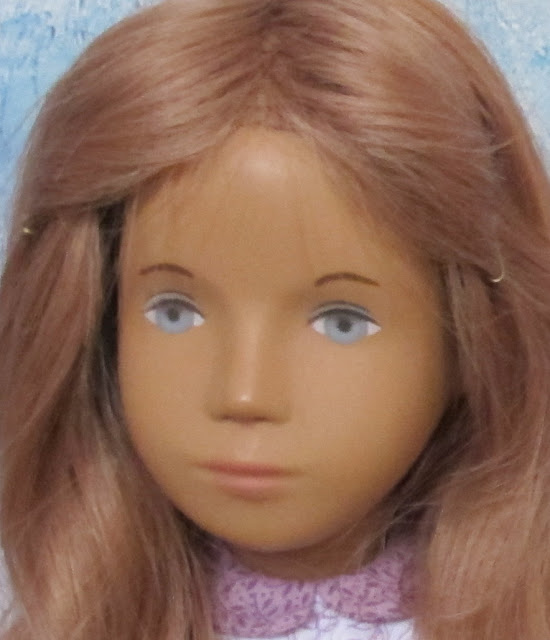 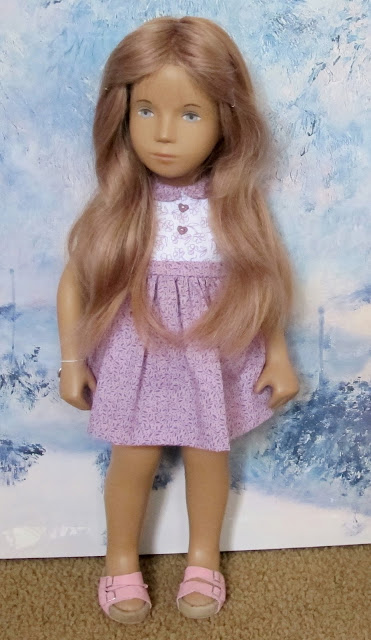 I have a great fondness for the babies. A couple have been added recently. Another Trendon honeyblonde, named Honey and a Götz boy, called Max. 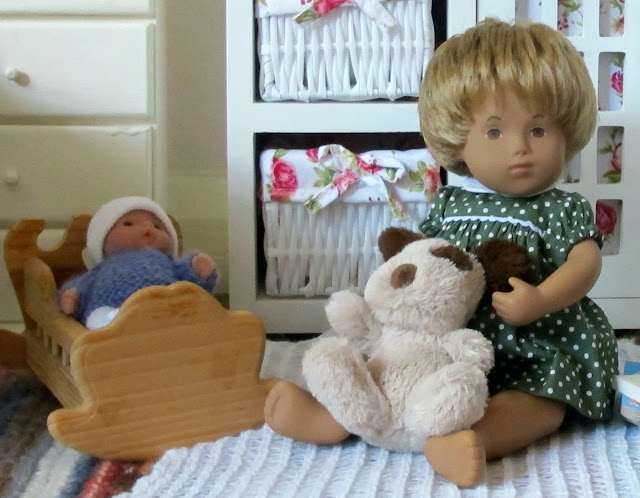 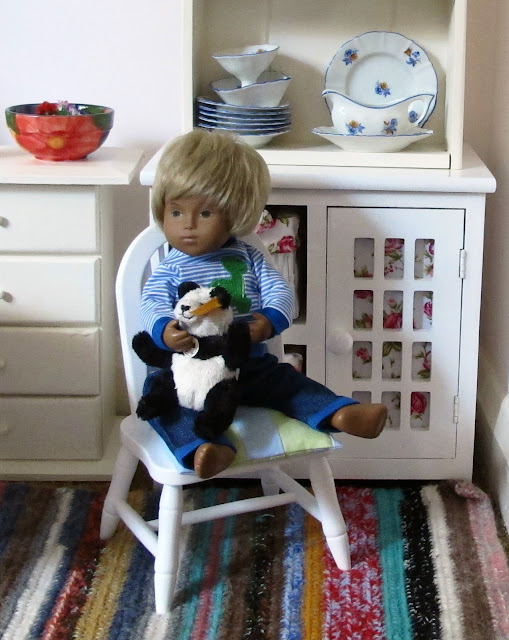 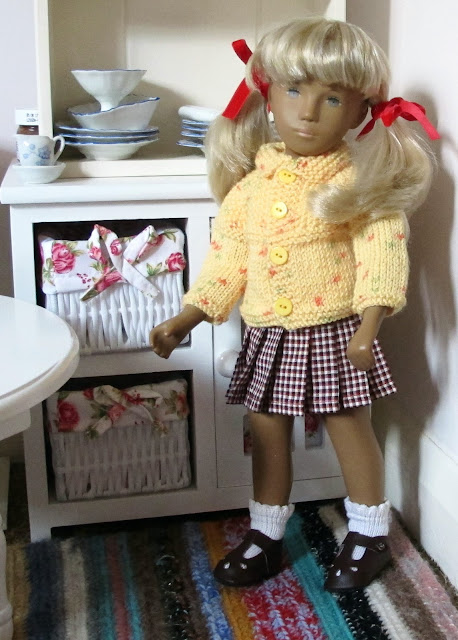 This girl is not a new addition, but a re-paint by Janet Myhill Dabbs. She made over my Kiltie ‘Tagan’ into a ‘Gertie’. Most of you will have seen examples of her famous ‘Gerties’. They have such sweet expressions, but it is not just the face that makes a Gertie, it is the whole ensemble. Gertie is a bit of a waif. A really cute child. Here is mine. The first two photographs were taken by Janet. The gorgeous eye painting is particularly obvious in the second photo. 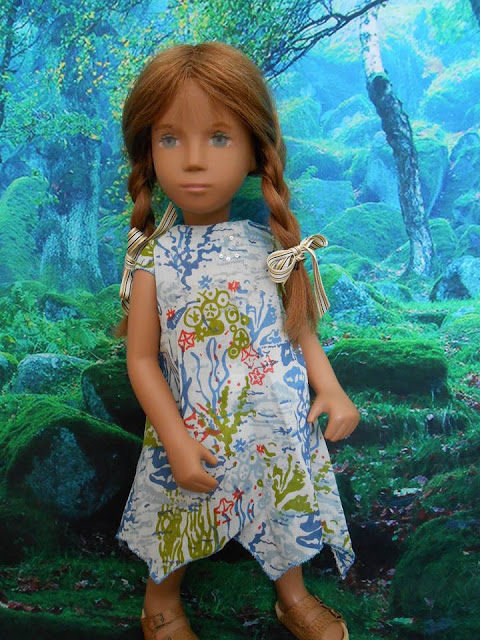 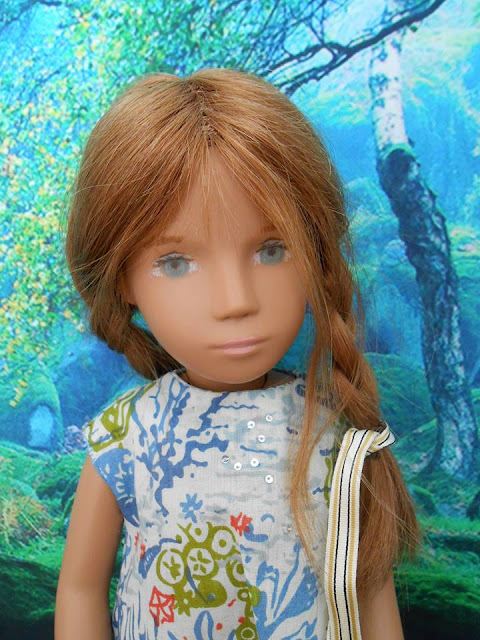 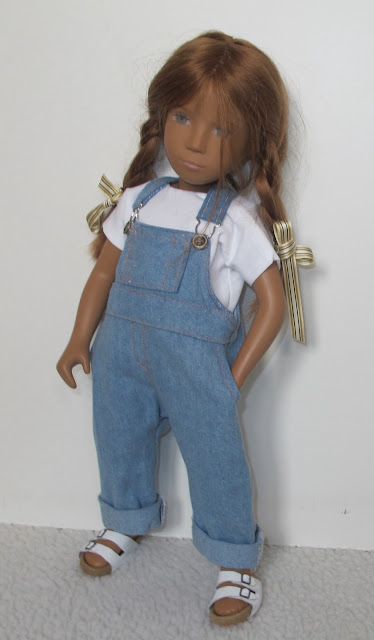 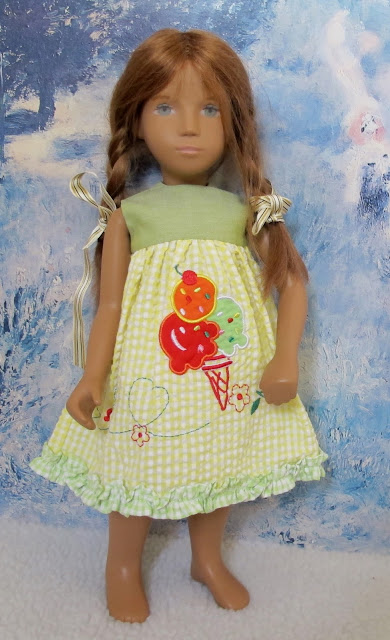 Wow! What lovely new additions to your Sasha Clan. How lucky are you?
That is a really gorgeous Kiltie. Just adore her hair and style.

I loved my Gotz baby Max when he was here but never owned a baby honey blonde... as she would have been out of my eventual chosen/selected manufacturing years of between 1965-1972. (I did this because at one time my collection had reached 92 dolls and I was struggling to try to choose who to let go to downsize those huge numbers.)

The Kilt and side part girls are always very attractive with their distinctive 1969/1970 features.
Love YOUR Gertie. Clever idea to use a Kiltie doll with her own original hair.
Pretty Dungaree girl too. I think like you, that she looks the very best in her Gillian Nash knitted dress.

All are delightfully dressed and shod by out wonderful Sasha seamstresses, cobblers and knitters.

Thank you Kendal! These Sashas do get a hold of one! Especially the early Sashas. Why feel the need to add more and more of virtually the same ones already sitting on the shelf? I have a number of later Sashas, as you know, but still seem unable to part even with them. I might ask Janet to repaint a couple of them. They do change magically into something special as soon as she puts her brushes on them. I can't see much wrong with the later Sashas, except for the lack of hand painting. The Tampa printed eyes are very stark.
As you say, so much talent amongst the Sasha seamstresses, cobblers and knitters! That's another area where one is tempted to add just another pretty garment or pair of shoes. It never ends. xxx