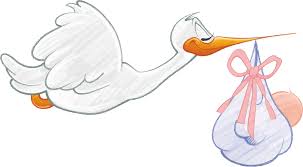 When I was a little girl, living in Leoben with my Aunt, just after the war had ended, I had a very best friend and her name was Ute. We were both born in May, although she was a year older than me, and we were inseparable. We played together and spent time together and as far as I remember, we never once fell out of friendship with one another, We completely trusted each other and we always believed what the other one said with all our hearts. This is an important fact to remember for this story.

It is also important to give some idea of what this house was like, although I find it is hard to describe, but here goes. The Totz Haus was a big, beautiful Baroque Town House. The entrance to the house was through an enormous, carved, wooden door, which was so heavy, I hardly managed to push it open. When you entered, you were hit with the warm, beautiful smell of baking bread, because most of the right side of the ground floor was taken up by the bakery. Even now, when I can smell the baking of bread, I am instantly transported to those days. There was a huge entrance hall with a stone mosaic floor which separated the bakery from the shop on the left,  where the bread and rolls and pastries were sold. On that same side, next to the shop, was the ‘Bauernstube’, a beautiful dining – cum - living area furnished in the traditional Austrian peasant style and further along was a vast kitchen, where the meals for the whole family, including the men and the young apprentices who worked in the bakery, were prepared.

At the end of that vast corridor was a structure made of wood and glass, with a lockable door in the center, which led to a large courtyard. On one side of that courtyard were the rooms where the apprentices slept, followed by a very big ‘wash kitchen’ – a laundry room, which served all the residents of the house, and at the end of that was the Grain Store, where the flour was stored. Beyond the Grain Store was another huge door consisting of two wings, which lead out onto the Glacis. These doors were locked at night.

The courtyard was as wide as the entrance hall, and on the right side of it were the stables, which housed a number of horses and a very large cart. A couple of the horses belonged to the Blümel family and were used for riding, but the other two belonged to the bakery and were harnessed every day to the cart, which was used to take the bread and pastries out to customers around the town and beyond.

On top of the ground floor and the stables there were two stories, which were divided into flats. The Totz family occupied one of the flats on the first floor, which was the largest and grandest in the house. The other flat on the first floor, over the stable block, belonged to the Blümel family, where Ute, my friend lived. My Aunt and Uncle and myself lived in the flat above, on the second floor.

On each floor there was a very large space in the middle, a kind of lobby, and each of these had a wooden framework with windows overlooking the courtyard similar to that on the ground floor, and which made these spaces light and airy and pleasant places for us kids to play in. When you looked out from these lobbies you could see everything that went on in the courtyard and the stables. They also provided a good view of the two flats over the stable blocks.

The Blümel family had a small soft drinks company, which was doing quite well. Every morning they took delivery of berries in big buckets, which people had gathered in the nearby woods and clearings that surround the town of Leoben. The fizzy drinks they made were delicious. They came in glass bottles with a hinged stopper and they were called ‘Kracherl’. I can taste them now, but with money being very short, they were a rare treat for us kids. The Blümel family consisted of two sisters, one being Ute’s mother. Her husband had sadly died in the war. The other sister was married and was expecting a baby. Her husband and his mother were also living in the flat. With just two bedrooms, and one big kitchen, which also served as a living room, things were a little crowded. But it was just at the end of the war, and people were happy to just have somewhere to live, really.

Then came the day when the new baby was going to arrive. My Aunt went down to help and Ute and I were told to stay with Frau Skiber, who lived in a spacious two roomed flat on the top floor. Her husband had still not arrived back from the war. He had been taken prisoner by the Russians and it was hoped that he would be back soon and resume his job as a master baker in the bakery. Frau Skiber’s job that day was simply to make sure we stayed out of everyone’s way and didn’t get into any mischief.

Ute and I were highly excited that day. We were ready for the big event. We had a clear view of the flat where the baby was going to be delivered by the Stork. We had heard about this Stork so many times, but we had never managed to see one with a baby in a bundle carried in his beak, except in picture books of course. We knew, that if we stayed in the corridor, looking out of those windows, there was no way we could miss that Stork. There simply was no other way for it to arrive. We made a pact; we would not leave our post, come what may. If one of us had to go to the toilet, the other one would remain in post. If we had to eat, we would eat standing up by the windows. In any case, we were both too excited to need food that day and Frau Skiber had a problem getting any nourishment into us.

We saw people come and go. We saw a woman arrive and we never saw her leave. My Aunt occasionally went up to our flat on some errand and she urged us to be sensible and have something to eat, or at least play a game and not just stand staring out of the windows the entire time. She assured us, that the baby would not arrive any time soon and she would let us know when it was here. Little did she know that we would probably know of the baby’s arrival sooner than any of them, because we would be the ones to see the Stork come flying through the air. Sometime later, the doctor arrived. We couldn’t understand why so many people needed to be there, and we began to wonder, why we were the only ones excluded? It did not make any sense.

And then, all of a sudden, the doctor left, followed almost immediately by the woman we saw arrive earlier. My Aunt made her way up the stairs in a state of agitation and excitement and told us that Ute now had a little niece! The baby was here!

We were thunderstruck. How could this have happened? No way was it possible for that Stork to have got past our vigil. We didn’t see it come, and we certainly didn’t see it leave, either. There was something really not right about all this.

My Aunt left us there, in our perplexed state, and went off to do some vital thing to do with the baby no doubt. The only available adult who could answer our questions was poor Frau Skiber. She seemed distinctly uncomfortable. She kept suggesting that we might have just left our spot at the wrong moment or maybe lost concentration for a bit. Not surprising really, since we spent the entire day looking out of that window. But we knew what we knew. Somehow these grown-ups had tricked us. But we just didn’t know how they did it. Luckily for Frau Skiber we were too tired by then to start on our inquisition, although there would certainly be one. We were due to stay the night with her, so we decided to leave it for now, have some cake and lemon tea and get some sleep. But we were not going to let this just slide. No way.

I absolutely LOVED reading this Karin, it was so descriptive that I was there with you, with my nose pressed to those windows waiting for that darn stork to arrive! You are such a great story teller that I think you need to write a book about your childhood!
LOVED it!
Big hugs xx