Comparisons may be onerous
but they are interesting! 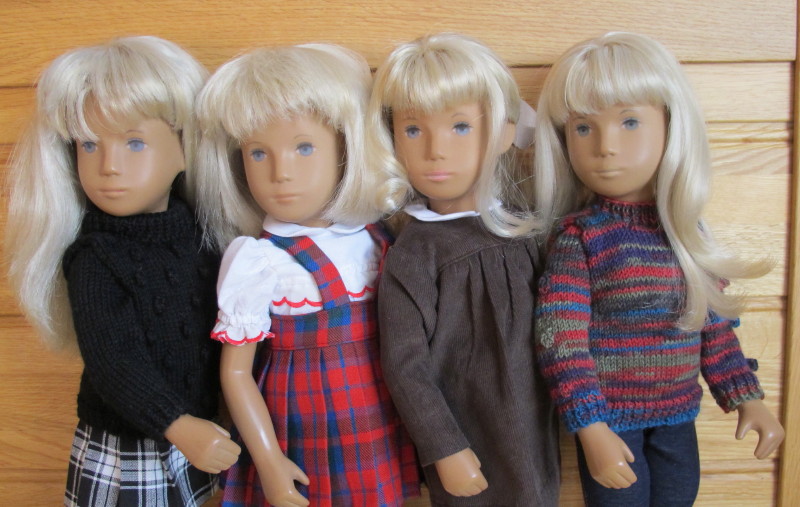 Yasmin’s and Molly’s hair are of a similar quality. Very full and a little stiff. Iona and Natasha have hair which is a lot thinner and silkier. I really like Yasmin’s hair do! It gives her a certain character. Just a tad wild, like her namesake! All the face shapes differ slightly, as do the eyes.

Two 80’s Trendon Sashas have been added here. Rebecca and Imogen.  Rebecca is a ‘Sailing Suit’ (I have the suit and a tag). Imogen could be either a  ‘Schoolgirl’, a ‘Tunic’ or even an ‘Anniversary’. 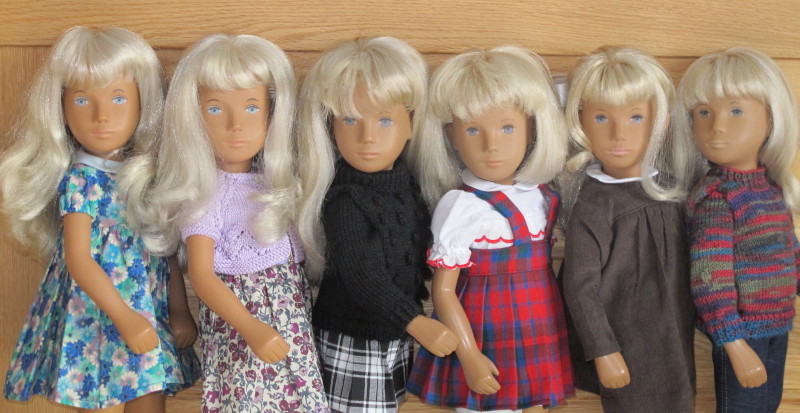 Super group of girls there Karin! Iona is my fav though...beautiful!

Great line up of blondes you have there Karin ! all slightly different from each other, the lure of the Sasha!
So 6 blondes...how many brunette? and reds??????

Beautiful and very smartly dressed blonde girls all lined up here ready for the comparison.
My favourite would have to be Natasha as I just adore the wider faced dolls and her hair looks so soft and silky with just a hint of a wave and curl.

I think they're all beautiful, Karin, but if I had to choose......in all honesty, I couldn't!!!
Hugs Sharon in Spain xx

I know what you mean Karin, I promise to not let on to the others about Iona then!!
My blog is: http://dambuster-sharoninspain.blogspot.com.es/
I posted some photos of my blond Sasha today, she is from 1971 but I don't know which Sasha she is. She looks different again from all of yours, she has a very serious face. If you see her, please tell me what you think, if you recognise her as being one type or another. I got her from Shelly. Her hair is centre part but only to the crown, not full part. She sort of has a bit of a grumpy look to me!!
Big hugs Sharon in Spain xx